You left me to drown in the tsunami
because you can’t control a disaster like me.

Another chapter is being written. Honestly, I find 2014 filled with disasters and innumerable deaths. Stories died. Things forgotten. People holding so many promises faded into shadows. Gloom. I don’t know if I should feel terrified or this is the very reason why I should step up and be fearless.

Fearless. Or is it brave? What’s the difference? Should I put courage in the same equation? Sometimes during desperate times I wonder what’s it like to be the daughter of Ares, the God of War. Can I slay the drakon, like Clarisse?

I have no idea.

I guess I got what I wanted. I’ve written a book and published one. I translated another book and finally I have written an English short story despite of having so many doubts and fear that I’m not good enough. I’m the only one who can slay my monsters and I constantly need to do that, on a daily basis and especially when I write.

Before Ryan came, I didn’t think it was a big deal.

He’s American. About 26 years old. I always have this fantasy that I’m able to host a stranger. My house is quite comfortable and those ‘surfers’ can sleep in my brother’s room. A guy (a Czech) from Global Freeloader, another site not unlike Couchsurfing (CS) wrote to me and asked if he could stay. That’s why I updated my profile on CS. I think it’s a brilliant idea. You register as a host for fellow traveler, they stay with you for a couple of days much like a guest, you show them around and then they leave. You’re like a small, private, cheap hostel. It’s wonderful. Those foreigners will learn the real deal, not the tourist aimed activities and of course, keep much of their money for the important stuffs, like airplane tickets or food.

The catch is you don’t know them and vice versa. My sister did not like the idea. Ryan could be a serial rapist or a kidnapper or a thief but I went out with some of couchsurfers when I was in the U.K and they are the very image of a universal language of motion and I understood them.

So I told him that I would pick him up at the jetty.

He’s clean, empathetic and passionate. Worthy of many legends. When I told him I was a writer, his face beamed like the sun. He said he wished that he could be like me. Not as a writer but as a person who follows their dreams. His calling is music.

We talked a lot. He was an English teacher in China for almost a year. When he finished his contract, he thought that his Christmas and New Year is going to be somewhere nearer to the sun (nothing with snow like Omaha, Nebraska) and though his mother didn’t approve of his decision (I can relate to that) I swear, I saw a lot of younger me in his journey. Temperamental, rash and just about had it with routine. Nothing is more lethal than a comfortable life without progress, or what you call routine.

I wanted to help him because I remember how clueless I was. How confused. I spent years wandering and looking for inspiration. Some sort of clue. I want to be the protagonist of my own personal legend and looking around, I felt like a salmon swimming against the current. Fighting something impossible, like gravity.

They would say, everything is enough. Be grateful. Conform in society. Agree with majority. Get a real job. Get married. Get paid doing something you hate because it’s necessary. And many times, I thought these people were right.

I can’t do that to Ryan. I hate it when people lie to my face because they’re too scared to seek something they truly want.

I know some journeys you just have to walk alone. Ponder all the important questions and hopefully find some answers. I feel like Chiron, trying to teach Hercules all that the hero needs to remember in a sword fight but the fight is never mine. I can’t fight the monsters for him. I realized that I came so far. I suffered so much and yet fulfilled in so many ways. It’s funny that I passed this level of difficulty. I never thought I would be able to do something that made me truly happy.

And then the weirdest thing happened. The lost boy, Ryan, the one trying to figure out life one step at a time, finding courage and luck, missing his family and tirelessly asked me the same question over and over again ‘how did you know this is what you want?’ actually helped me more than I originally wanted.

My problem was solved in 2 hugs.

I mean, I always crave physical contact but my family don’t do hugs. We do handshakes but nothing more than a playful pecks on the cheeks. No hugs, no touching. I got this crave when I started learning Spanish and getting along with Spanish speakers. They touch, they kiss, they hug and those are my cure. I love our long conversations. Our lunch or dinner. Sitting before an array of food. Talking about everything. We would laugh and joke. I would tell them how awful my day was and there is always a gift in return; an advice, an apologetic smile, a warm enveloping hug, a gentle squeeze on my hand or just a touch on the knee.

I favored a hug from a husband of an ex-colleague. He’s a bit younger than my father and always have good things to say about other people. That booming laughter. The couple has always been my favourite. Please take note that I’m not a creepy person but his hug is something that I think about from time to time. I felt like my life had been the longest winter night and his hug is the first ray of sunlight. Warm and melting. It was so good, like almost frozen toes near the furnace kind of good. I even thought of the worst hugger of all; my ex-boss. He would be the one that I suspect the reincarnation of a boa constrictor. He surrounded me like a vice. Almost like a torture device. I would sweat in his arms, have trouble breathing and hyperventilates when he let go. The craving was that bad, it seemed that I even want him to hug me again.

And Ryan’s hug was somewhere between the two.

He stayed about 2 days and then bought a ticket to KL and later to Siem Riep. The Air Asia news spooked him a bit but he insisted that he should go. Death does not scare him because he couldn’t stand the ‘what ifs’.

That was my answer for his questions. The What Ifs. The Road Not Taken. The Other Maybe.

And I told him, ‘it would be so much better, if you could channel the same faith with your music career’ and for the first time, he was speechless.

It seemed that we both got what we wanted. I got my hug and he got a bag of words that strike the loneliest chords of his soul.

I guess I’m living my dreams and still in denial? That would be the tagline of my brand (if I am to call myself a merchandise) this year. I was probably thinking that National Geographic Channel’s biggest falcon would swoop me up and drop me in Africa with the latest Nikon and I start photographing elephants pooping. Seriously, I didn’t think that is an exaggeration of my escape.

I want to escape somewhere. Anywhere.

I would consider this one of my life’s biggest mystery. My craving for vast, mountainous land, snow and anonymity. For months, I feel indifferent towards my surrounding. Flat lands, green fields stretching miles and miles, muddy paths in the frequent rain, tiny red mosquito bites and the sound of generator attached to water pumps pumping water from rivers into the paddy fields. They used to be music to my ears. When I told stories about my hometown, I would include these things that made my heart swell with longing. Homesick. I even let myself felt proud of it though I didn’t own any of it, just snippets of memories.

But now I’m just sick of it.

I think about this all the time, actually. I have no boss to tell me stuff that I don’t agree with (they’re all stupid, to be honest. Like you wouldn’t believe me.) I already published 2 books (an original and a translation) and a digital short story, I have ample time to write, daydream and travel anywhere in the world. No children. No freakin’ husband. No fucking attachments. I’m free like a bird, for God’s sake. So why in the world I need this stupid escape?

I need some space to grow but I can’t figure out how.  Do I need to learn something new? Do I travel somewhere faraway? Do I find attachments somehow? Do I need to really grow up?

There’s nothing wrong with my life at the moment and that fact pisses me off greatly. I seemed to think that to be alive I should experience a wave of emotion, preferably anger in order to change but now I just feel numb. I avoid responsibilities. I don’t even talk for days. I’m like a stagnant water in an abandoned mine. Dirty and getting murkier with filth.

I want to be the sea. I’m not born to be murky.

This is for the people who feels alone in the sea of crowd. For the eccentric and socially awkward chipmunks. For the ones who feel broke and empty. This is for you because it gets better. One day you will find your people. Chin up, you exquisite soul.

This is for you, the reader. This is to tell you that you are not alone. You won’t be alone. You will never be alone.

Beautiful poem as a reminder. 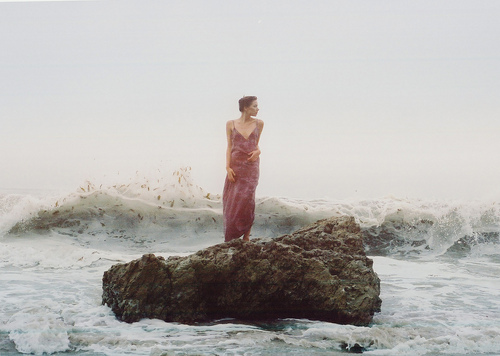 All she wanted was to find a place to stretch her bones.

A place to lengthen her smiles

and spread her hair

a place where her legs could walk without cutting and bruising

She was born out of ocean breath.

I reminded her;  ‘Stop pouring so much of yourself into hearts that have no room for themselves

do not thin yourself, be vast.

You do not bring the ocean to a river.’

– Tapiwa Mugabe, You are Oceanic

I have stopped reading Malay novels for a few years because the ones I stumbled into shared pretty much the same, non-interesting theme.

That was until I came across this book.

I have to admit, I knew this writer from secondary school and I was honestly very surprised to know that she published her book in Bahasa Malaysia. Birsilah or BC as we know her then, was always someone I looked up to secretly for her strong grasp in the English language. She writes and speak (although very little) like poetry – people in the 16th century would have mistaken her as Shakespeare himself. A woman…