I even missed the brown sign boards. I hope they put on some effort for it now. If it looked like this in 2008, I can’t imagine what it must looked like in 2013.

Apart of FNAC, I loved Casa del Libro too. Here, I found a water-proof book. It was quite expensive compared to the normal books but it was quite an experimental launch.

But it’s WATER-PROOF books! That would be an unthinkable thing in Malaysia. 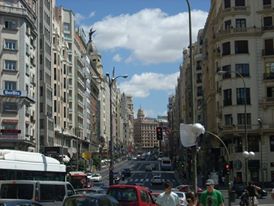 I would walk and walk around town, barely knowing where I was but I was never lost. I know exactly where I was. It’s like deja vu. I have been here at some point, some dimension of time before and I knew it. 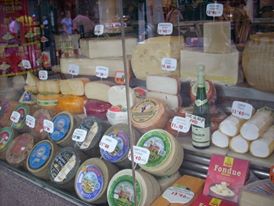 I would never imagine such a collection of cheese (my eyes grew to the size of saucers of the thought of so many delicious creamy thing at one place!) but later I have been brought upon about 200+ types of cheese on an aisle in a Bordeaux supermarket and spent about 2 hours to pick one. 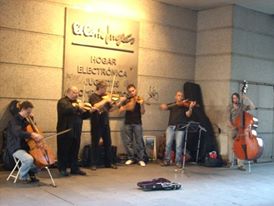 I have enjoyed the free flow entertainment from the locals. There is an Opera school in the heart of the city and sometimes the students performed/practiced their routines to fund their studies or just for fun.

Some came from foreigners, like these Mexicans performing Mariachi. I enjoyed watching them as well. 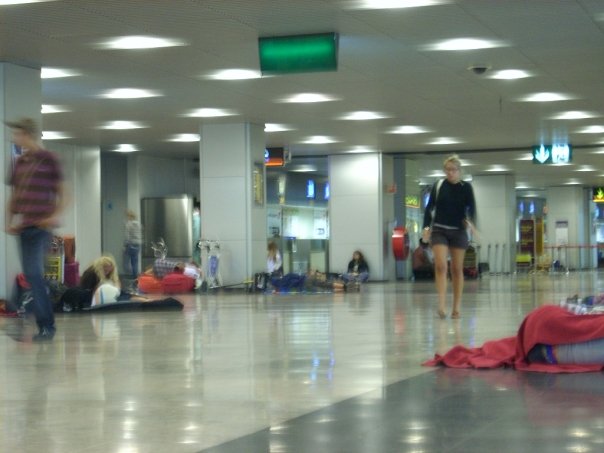 The least fun part was saying goodbye. Here I was, trying to get some sleep at the Barajas International Airport before flying to Edinburgh.

I hope to see you again, Madrid. I really do.

I don’t know when will I see them again but this was taken in 2008. Curiously I did not feel the same emotions when I was there the first time in 2005. Everything was different; the vibe, the people, etc. Maybe because the crisis was upon the horizon and people’s head was swarming with misery.

I loved the bear at Sol. I wondered why it was there. He’s like an important symbol but my teachers at the language school never mentioned it. 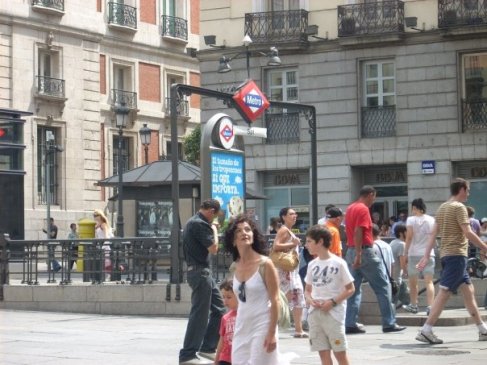 I loved the Metro of Madrid. It’s more spacious and cleaner than the one in Barcelona or even Rome and Paris. But the one that I found better than this one is BTS of Bangkok.

It’s fascinating how much people loved cured ham of Spain. There’s even a ‘museum’ dedicated to it. I managed to stand at the entrance but cannot cooperate my body inside. I find the stench unbearable 😦

TABAC, as they said. I bought my monthly Metro pass here. The teller did not speak English and I have very few Spanish vocabulary at that time but we managed with a lot of sign language, miming and a bit of yelling. There were a lot of improvisation too and the customers that came later did their bit of hand gestures until I understood.

I bought several second hand books here for less than 2 Euros. You can find old stamps, old sketches and many priceless memorabilia. This very same narrow way also lead to another place. 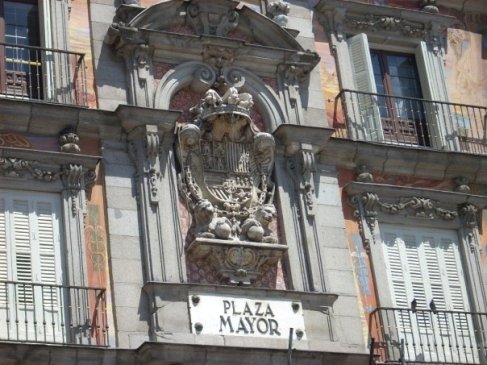 The one, the only, the famous Plaza Mayor 🙂 I went here so many times along with some other exchange students. Most of them are Turkish, Polish and Hungarian. They made me sing a famous Malay pop song on top of my lungs here. I never thought I could miss a country by singing a decade old love song that I don’t even like in the first place. 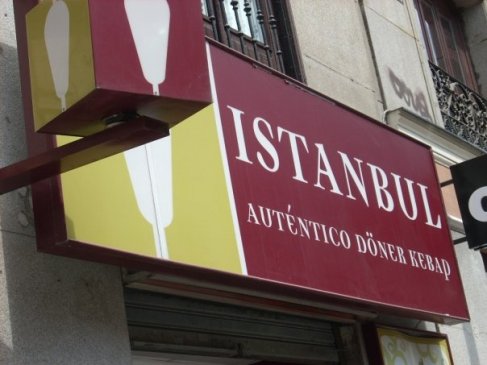 Nahid Ramazanov, one of the exchange students from Istanbul had a friend working here and he bought us lunch. It was amazing, rambunctious room filled with laughter and people in 2005 but by summer 2008 no one was there, the food was quite bland and there was almost a heavy dread on the shoulders of the server.

I wonder if it was a good idea to return to a place that you once knew. I wanted to remember Madrid as a place I once belonged, full of beautiful people and dreamy, rustic, citrusy summer but I can’t.

I can only hope for the charm of the third try.